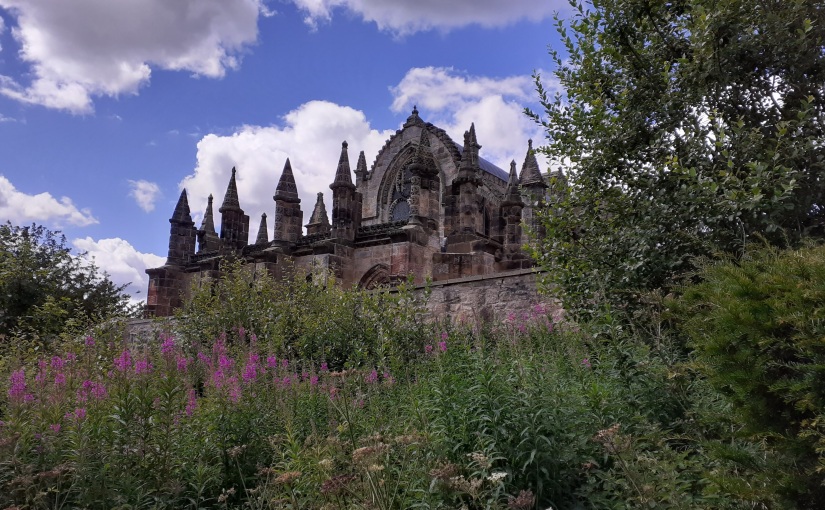 Friends, I fell off the knitting wagon. I fell off so bad I think there was an entire month where I did not pick up my knitting once. I started sewing instead which is a completely different story. It was only about three weeks ago, when I found myself on a long journey, that I realised what I had been missing but also how much my life has changed.

It’s pretty much redundant to say at the moment, but 2020 has been a rather odd year. Why I know I’m lucky is that I can look back over the year so far and, leaving aside the general worry and sadness over the pandemic, find some genuinely lovely moments.

What used to be part of my daily commute, has become part of my regular weekend walks. Even on the more stormy days, there’s joy in being outside because you want to be rather than needing to be. I found myself enjoying the pops of colour in a grey year all the more for the contrast.

I’ve found I’ve needed these walks, both on the weekend and between work and dinner, to try to mark breakpoints in my day. When work, study and relaxation all occur in the same room, it’s hard to ever set the stress of the day behind me. Even blogging in the morning on weekends has lost some of it’s charm when I need to write for work in the same spot 24 hours later.

These were little gripes compared with the magnitude of uncertainty others faced at the time. If my world felt narrow and confined in one room, one city and one other person, I could feel grateful that it was one of my biggest issues. For a long time, I avoided thinking about how to address the issue as it felt like we were a few short months from returning to normality.

We took small steps like in July. As restrictions eased and cases dropped, we visited Roslyn Chapel and wandered the grounds. This historic site was hit hard by the lack of tourists as the revenue helps to maintain the chapel. It’s a beautiful place, just south of Edinburgh. The poet Robert Burns famously walked there one morning and even wrote a poem, apparently scratched on to a plate, in the local inn.

The whole experience was slightly surreal. As we wandered outside along sunny paths, there was little in the way of reminders around what made this year so unlike any previous years. The Chapel, and appropriately so, was a different story. It was the first public place we’d been to in months aside from the supermarket. We had our masks at the ready, stayed 2 meters apart, and sanitized our hands frequently. However, the strange part was that underneath it was the same aside from some extra vigilance. It was the normality of the activity which made it strange.

September was the irrational date I thought this would be over by. I even scheduled in a holiday for the end of September; however, even I thought going abroad was a bit of a stretch. Instead, we went west to Oban.

Oban sits on a quite bay on the west coast. The ferries for the inner Hebrides leave from the port and it’s a bustling little town. We arrived the week before half term break for most schools, so it was active but not especially busy. Oban prides itself on its food and it lived up to expectations. From smaller pubs like Cuan Mor to our special treat dinner at Coast, we had a blast. It was the walks, however, which were the most memorable for me. How could they not be when you had scenery like Gylen Castle to enjoy.

Amusingly, the return to commuting required to get up to Oban returned me to the fold of knitting. My teal Stockbridge cardigan had been languishing with just the bottom ribbing completed at the start of the holiday. Travel time and a rainy day, supported by copious amounts of hot chocolate, helped fix that.

Of course, my irrational sense that it might be over with September was wrong. It feels strange going into autumn and darker days. Usually, that heralds coffee with friends and thinking forward to holidays with family – all of which are maddeningly out of reach.

I don’t know where to go from there. The past six months has been an exercise in taking one month at a time and never looking to far ahead. Suddenly, the whole of the future yawns out again before me, unquestionably different from forecast but returned to the full scope. It’s scary because it’s always been scary. It’s too unpredictable to plan. I’ve somehow gotten used to the world where Covid-19 exists.